Ruby had been marooned outside Mike Mitchell’s office for going on forty-five minutes, perched on a hard wooden chair under a wanly flickering electric light. Not for The American a floor of grand offices in the modern splendor of the Rockefeller Center. Instead, America’s fourth-most-popular weekly newsmagazine made do with a third-floor walk-up on a dismal stretch of East Forty-Seventh Street, and if anyone complained about the scarcity of telephones, or the need to wear an overcoat between November and April, Mr. Mitchell just gave them The Look, which everyone knew was shorthand for If you don’t want this job, there are ten people who’ll take your place in a heartbeat.

She hadn’t so much as shed her coat that morning when his secretary had summoned her, and she was glad, now, with her stomach flipping and flopping, that she’d skipped breakfast yet again. Mr. Mitchell had said hello to her on her first day, and had nodded at her twice in the hallway, but for all that, she hadn’t been sure he even knew who she was. And now he wanted to see her.

She’d thought she was doing well at the magazine. Already she’d earned two bylines of her own, and her name had appeared as a contributor to five other pieces. She’d even moved beyond the usual sob-sister fare on her most recent story, a profile of a family of Belgian refugees who were still in shock at their country’s calamitous defeat.

Maybe she’d stepped on someone’s toes. It wasn’t hard to do, since your average newsman was as touchy as a cat in a room full of rocking chairs. Had she spoken out of turn at the last editorial meeting? Made the mistake of interrupting one of the old guard?

Mr. Mitchell had been awfully quiet this morning, which in itself was disconcerting. After her first few days at the magazine, Ruby had grown used to his hoarse bellow, which was a constant bass note amid the cacophony of the newsroom. Even when his office door was closed, which wasn’t often, it was easy to hear him above the clattering of typewriters and jangling of telephones, shouting out his approval or disdain in equal measure. But a quiet Mike Mitchell . . . she’d no idea if that was good or bad.

“Yes, sir,” she answered, and gritting her teeth a little, she inched into his office.

She’d assumed it would be messy like the managing editor’s office, which was overflowing with heaps of paper and books and marked-up page proofs. But Mr. Mitchell’s desk was nearly bare. Two telephones, a lone piece of paper centered on his desk, an old coffee can stuffed with pens and compositor’s pencils, and nothing else.

He’d been looking out his window, though the view beyond was hardly more than a plain brick wall, and as his chair swiveled around she forced herself to stand perfectly still. A strand of hair was tickling her cheek, but she resisted the urge to tuck it behind her ear. Fidgeting with it would make her look nervous, and to look nervous would be to imply she’d done something wrong. It was one of the first lessons she’d learned growing up at St. Mary’s and one of the hardest.

She cleared her throat and waited, and then, when he still said nothing, she spoke up. “You asked me to come and see you . . . ?”

“Yes.” He indicated the chair in front of his desk. “Sit down, and remind me—how long have you been with us?”

“Bill Peterson likes you. Says you work hard and keep your eyes and ears open.”

That came as a relief. The managing editor was pleasant enough, but was a miser with compliments. “It’ll do” was the highest praise she’d ever heard from the man.

“Been reading your work. Not much of a stylist, are you? But then we don’t leave a lot of room for that.”

The American employed a distinctive house style that read like an expanded version of the cablese the wire services still employed to save money on overseas telegrams. Succinct, crisp, and to the point, it treated adverbs like caviar—rare and best regarded with suspicion—and ruthlessly excised any attempts by staff writers to spread their poet’s wings.

Mr. Mitchell leaned back in his chair, his hands clasped behind his head, and regarded her steadily. “I’ve an idea to put to you. It would mean a big change.”

It took a moment for her to process his words. “I don’t understand. Didn’t you call me in because I’ve done something wrong?”

Sitting forward, he pushed the piece of paper across his desk and motioned that she should pick it up. “I just got this from Walter Kaczmarek, the editor of Picture Weekly in London. Go on—read it.”

I’ll spare you the preliminaries and get to the point: with the Phoney War behind us, London is filling up with Yank journalists, and after running into at least a dozen of them over the past week I’m starting to think I could use one, too—the fellows I’ve met are keen and bright and unfettered by notions of politesse, at least where getting a good story is concerned. I don’t have the budget to take one on full-time, but I could split the costs if you feel like sending one of your staffers over. If you have a girl to spare, so much the better—home-front news is our bread and butter right now. Someone smart and independent and not overly fussy about niceties like sugar in her coffee, since both are in short supply in dear old England right now, and likely to remain so.

If I’m barking up the wrong tree, let me know sharpish. Same goes if you do have someone to send me.

Ruby stifled the urge to look behind her, half convinced he was speaking to someone else, and instead attempted to focus her wavering gaze on the letter.

“So you’re saying you want me to go.”

“Not one of the other staff writers? Tom Alfredson or Dan Mazur?”

“I may end up sending Mazur, but that would be to cover the war itself. If Britain and her allies ever get a toehold in Europe. Besides, Kaz says he wants the woman’s perspective, and you’re good at that human interest crap. I liked the piece you did on those Belgian refugees the other week.”

“What about Frida Lindeman?” she persisted. It couldn’t be her—he had to be confusing her with someone else.

“She has her parents to look after. No. Stop right there. I’ve already talked to Peterson. He says you don’t have any family close by.”

“Mr. Peterson knows about this? And he’s fine with it?”

“’Course he is. So—do you have family here that need you?”

“Then what’s the problem?” There was an edge of impatience to Mr. Mitchell’s voice now. “Is there someone keeping you here? A boyfriend? Is that the problem?”

Ruby shook her head, her face growing hot. “No, sir.”

“That’s what’s worrying you? For chrissakes—we’ll help with that. Just bring in your birth certificate and one of the staff photogs will take your picture. I’ve a friend in the State Department who’ll make sure there isn’t any holdup.”

Normally she was good at thinking on her feet, but this was a lot to take in. She looked around Mr. Mitchell’s strangely tidy office, so different than she’d imagined, and then stole a glance at the oddly unthreatening figure of her editor. Perhaps this was just a dream. An amazingly detailed one, but a dream all the same. Nightmares, or even good dreams like this, did have a way of being that little bit off in the details. Mr. Mitchell being so nice, for example.

If she was dreaming, it was time to wake up and face the day. To hurry things along, she spiked her thumbnail into the tender skin of her opposite palm, and waited for the pain to wake her. Nothing changed.

“When would I leave?” she asked after a moment, her heart racing. She wasn’t sure if it was from excitement or straight-up fear.

“In a week or two. Soon as your passport’s ready. Are you in the middle of anything now?”

“Well, finish it off, then read up on the European war. Whatever’s been printed in Time and Newsweek, and I guess the Times as well. Any other questions?”

“Who will be paying me, sir? I’m sorry if that seems crass.”

“Not at all. It’ll be like Kaz says in his letter—we’ll split your salary down the middle, and cover your expenses, same as here. No champagne lunches at the Savoy, obviously. Anything else?”

She had about a million questions, but it wouldn’t be smart to annoy him now. And there were plenty of other people she could ask. “No, sir.”

“The thing is . . .” he started, and a frown marked his brow. “It could be dangerous. We both know there’s a better-than-average chance of the Germans invading England by the end of the summer. As an American, and a journalist, you’d be safer than most. But I need to warn you, all the same.”

“I understand, sir.” She doubted he’d have bothered warning any of the men at the magazine, but she was younger than most of her colleagues, and perhaps that was the reason he worried. “I’m not afraid. I’ll take my chances.” 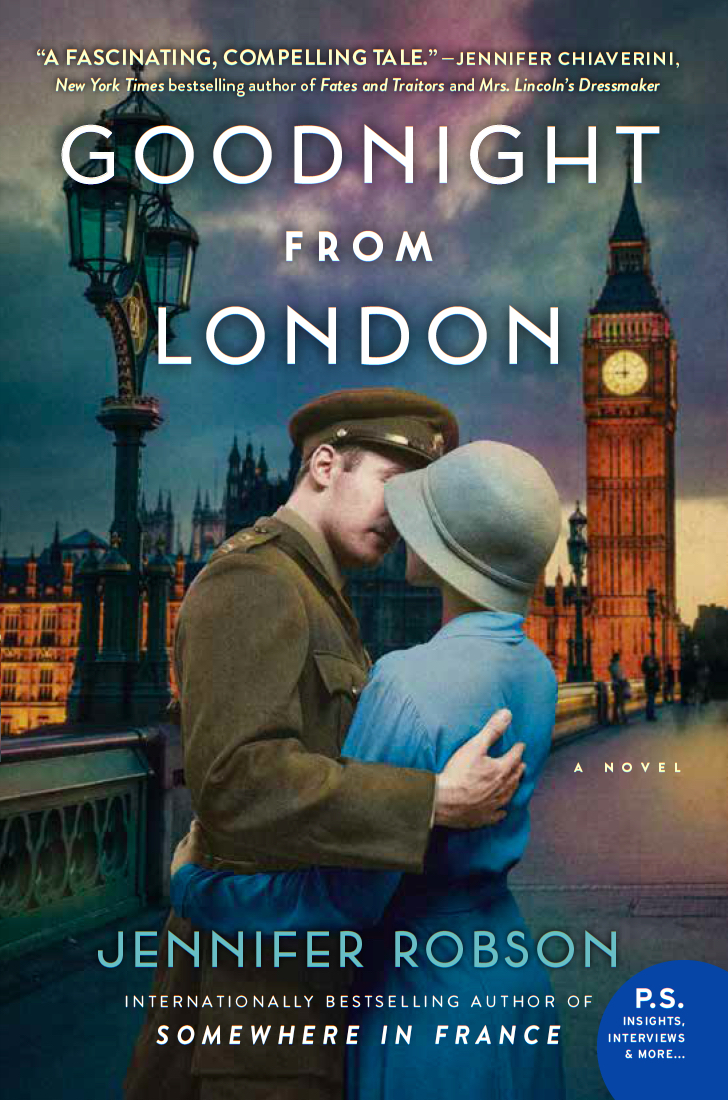