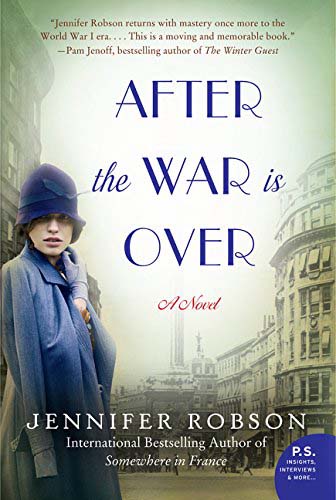 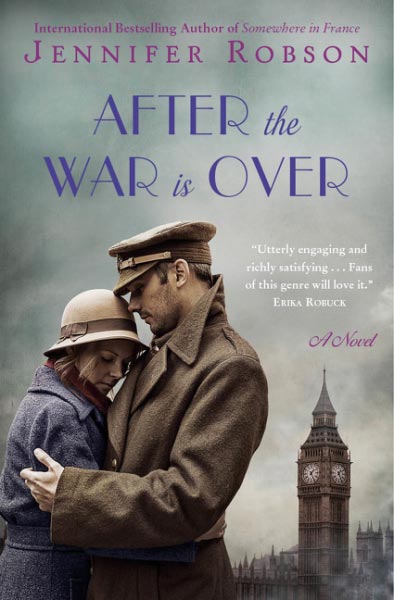 After the War is Over

After four years as a military nurse, Charlotte Brown is ready to leave behind the devastation of the Great War. The daughter of a vicar, she has always been determined to dedicate her life to helping others. Moving to busy Liverpool, she throws herself into her work with those most in need, only tearing herself away for the lively dinners she enjoys with the women at her boarding house.

Just as Charlotte begins to settle into her new circumstances, two messages arrive that will change her life. One, from a radical young newspaper editor, offers her a chance to speak out for those who cannot. The other pulls her back to her past, and to a man she has tried, and failed, to forget.

Edward Neville-Ashford, her former employer and the brother of Charlotte’s dearest friend, is now the new Earl of Cumberland—and a shadow of the man he once was. Yet under his battle wounds and haunted eyes Charlotte sees glimpses of the charming boy who long ago claimed her foolish heart. She wants to help him, but dare she risk her future for a man who can never be hers?

As Britain seethes with unrest and post-war euphoria flattens into bitter disappointment, Charlotte must confront long-held insecurities to find her true voice . . . and the courage to decide if the life she has created is the one she truly wants.

“Jennifer Robson’s engrossing novel about lives and loves torn about by World War I, and how they are knit together again, takes the reader on a glorious journey from grief to celebration. Once I started reading, I couldn’t put this novel down. The story is engaging, memorable and beautifully imagined. Charlotte Brown is an incredibly rich character, just the kind of woman who could overcome the deprivation and class distinctions standing between herself and her soulmate. I found myself cheering for her all the way!”

“I loved this book! Jennifer Robson is a gifted, compelling storyteller who creates memorable characters. In this novel she perfectly captures the hopes and fears of a generation in the turbulent times of post-war Britain. I look forward to her next!”

“Robson captures the atmosphere of post-WWI England beautifully, portraying the changing social and political climate, as well as the rebuilding of the country in the aftermath of the Great War. Calmly and compassionately rendered, realistic and romantic, After the War is Over is a wonderful testament to its survivors.”

“Continuing with the skill and grace she exhibited in her bestselling debut Somewhere in France, Jennifer Robson returns with mastery once more to the World War I era. After the War is Over is the story of Charlotte, a young woman struggling to rebuild her life after the war has ended. By jumping seamlessly between Charlotte’s life before, during and after the war, Robson paints a vivid picture of the terrible cost of the conflict and the ways in which lives and loves were shattered. But Robson does more than personalize the unfathomable; she evokes true beauty by showing the hope and courage in rebuilding lives and the promise of a world born anew. This is a moving and memorable book.”

—Pam Jenoff, international bestselling author
of The Winter Guest and The Kommandant’s Girl

“Jennifer Robson captures the devastating toll of war on individuals and a nation as well as the redemptive and triumphant powers of love. After the War is Over elegantly sweeps back and forth through time as Robson’s beautifully drawn characters grapple with matters of class, freedom and courage. I couldn’t put this book down and now I’ll never forget it.”